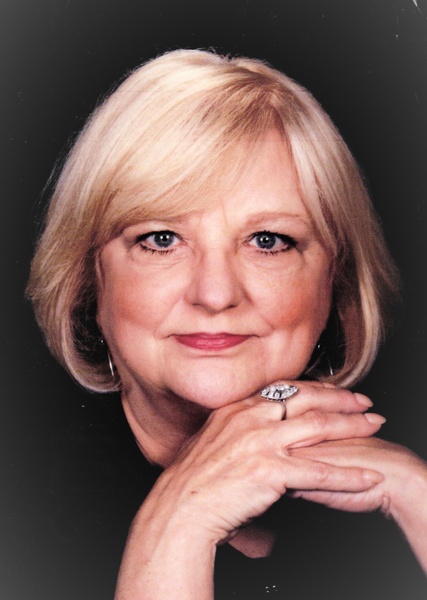 Marian Marjo McManus Hewes, 72, died peacefully with her family at her bedside on July 27, 2022, in Gulfport, Mississippi. She was born June 8, 1950 to Mattie Marjo Clark McManus and Harold Ellis McManus, who predeceased her when she was a young girl. Marian and her sister, Brenda, were nurtured and raised by their mother, Marjo, in Gulfport, where they attended First Baptist Church and graduated from Gulfport High School.

Marian is survived by her husband, Harry Pringle Hewes, of Gulfport. They married on April 26,1973, and were looking forward to celebrating their 50th anniversary next year. They had a wonderful and loving marriage together and raised five children, who also survived her: Monica Marjo Hewes, Anne Mosby Hewes Wolford (Bob), Mary Victoria Hewes, Harriet Clark “Hallie” Hewes Collins (James), and Harry Pringle “H” Hewes, Jr. (Caroline). They have nine grandchildren, who adored their “Yaya” and made countless memories with her. Marian is also survived by her sister, Brenda Kay McManus Salloum, and her husband’s brother, Archibald Clinton Hewes, Jr., as well as dozens of dear cousins and kin.

As a newlywed, Marian established a new church home at First Presbyterian of Gulfport, where her husband was a deacon at the time, and where she became involved in Women in the Church. She and Harry dedicated their parenthood to raising all of their children in Christian values and active church involvement. Throughout her life, she had great faith in Jesus Christ her Savior and thankfulness for God’s saving grace.

Marian and Harry graduated four of their children from the University of Mississippi and one from Vanderbilt University. They made Oxford their home away from home for many years, cheering on the Ole Miss Rebels in football, baseball, and basketball games. They also enjoyed outings on the Hewes family’s multi-generational boat, the Vanalburt-Lee. Her husband and children are sailing enthusiasts, and Marian volunteered untold hours to regatta support and race management. She also held memberships in the Gulfport Yacht Club Ladies Auxiliary, Gulf Gardeners Garden Club, Four Seasons Garden Club, Daughters of the Confederacy, Gulfport Culture Club, and Revelers and Merry Maskers carnival associations. During quieter hours at home, Marian could be found solving crossword puzzles in the company of their ginger cat, Julius.

Professionally, Marian worked in several offices, including a local bank, her husband’s law office, and Bayou View Elementary School. In more recent years, she employed her organizational and social skills at Heritage House Gifts, where she helped brides-to-be with their registries and cultivated many friendships. But her real life’s work was nurturing her family and managing their busy household. She was a skilled and natural cook, a hostess with the mostest, a gifted storyteller, a devoted wife, a friend to any, and a mother to more children than her own. Beautiful in both looks and spirit, Marian was loved by many and will be missed by all.

Services will be held at First Presbyterian Church of Gulfport on Tuesday, August 2, 2022 at 3:00 p.m., with visitation beginning an hour prior. A private graveside service will be held at Evergreen Cemetery. Bradford-O’Keefe Funeral Home, 15th Street, Gulfport, MS is honored to serve the Hewes family.

In lieu of flowers, the family invites gifts to a favorite charity in her memory.

To order memorial trees or send flowers to the family in memory of Marian Marjo McManus Hewes, please visit our flower store.