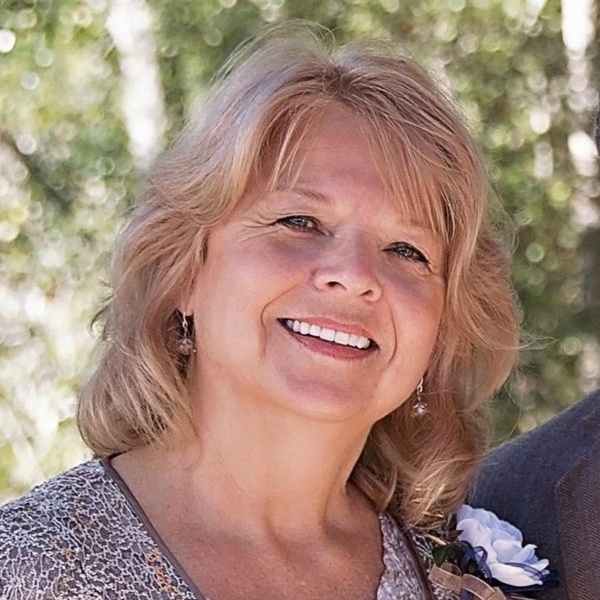 Mary Linda Fowler, of Biloxi, Mississippi, passed away on Monday, September 20, 2021. Linda grew up in Gulfport, Mississippi where she channeled her love of dance and all things active into years of tennis and cheerleading for the Gulfport High School basketball team. As an adult, she spent many years working for GMAC and the marketing department at Hancock Bank. As a teenager, she gave her life to the Lord and became very active in Freedom River Church where she became good friends with her Pastor, Keith Thrash, and his wife, Tanya. Her hobbies included gardening, sewing, and swimming. Her love of dancing continued as an adult and she joined the Southernettes where she became the choreographer for her group every year. She was considered the official family event planner and was jokingly referred to as a personal paparazzi because she was always trying to capture special memories. Her favorite thing to do after her retirement was to keep her grandchildren and great-grandchildren. She would spend hours playing with them and reading to them. She considered having a close-knit family her great accomplishment and biggest joy in her life. Preceding Linda in death were her parents, Charles L. Broadus of Saucier, Mississippi, and Mary Lou (Myrick) Fore of Gulfport, Mississippi; and siblings, Harold Morgan of Atlanta, Georgia, and Jerry Douglas of Gulfport, Mississippi. Linda is survived by her husband of 29 years, Joseph Fowler. Linda’s legacy will live on in her two children, Diannah Ledezma and DJ Ledezma; three step-children, Chris Fowler, Nick Fowler (Alfie), and Crystal Walton (Justin); thirteen grandchildren, Karina Ledezma, Shaylan Ledezma, Makenzee Hood, Brinley Ledezma, Brason Ledezma, Ryland Herbert, Corey Herbert, Jacob Fowler, Preston Fowler, Zachary Fowler, Taylor Han, Noah Walton, and Hayden Walton; and two great-grandchildren, Kendelle Ladner and Kamila Ladner. Linda is also survived by her brother, Rick Morgan of Gulfport, Mississippi; and her sister, Tawnya Sprinkle (Dave) of Long Beach, Mississippi. In lieu of flowers the family prefers donations be made in Linda’s memory to Freedom River Church in Gulfport, MS at easytithe.com A Memorial Service will be held at Bradford-O’Keefe Funeral Home on Howard Avenue in Biloxi on Sunday, September 26, 2021 at 4:30 pm. Friends may visit from 3:30 pm until service time. Bradford-O’Keefe Funeral Home is honored to serve the Fowler family.
To order memorial trees or send flowers to the family in memory of Mary Linda Fowler, please visit our flower store.
Send a Sympathy Card