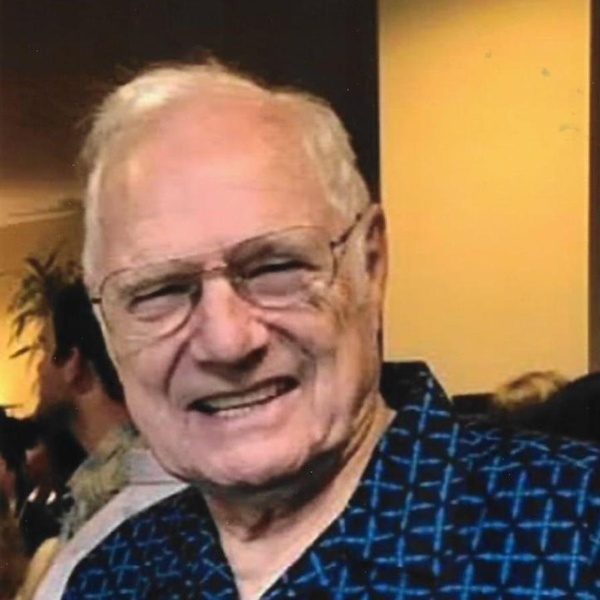 Mason Woodrow “Pete” Peterson was born on February 23, 1934 and went home to his heavenly Father on September 27, 2021. As a child he was known as Sonny and in later years everyone who knew and loved him called him Pops! Pete was the son of Dorothy Wiesner who died due to complications of child birth. His maternal grandparents, George and Amelia Wiesner raised him and were his parents. Pete was born in Sturgeon Bay, Wisconsin in Door County. After graduating from High School in Sturgeon Bay, Pete attended a trade school in Chicago for a short time. He joined the Air Force in 1954 and served for 20 years before retiring in 1975. While in the service, Pete worked on radars, was in the military police and became an electronics instructor. In 1977 he worked at N.A.S.A. for Rockwell and Rocketdyne on test engines for the Space Shuttle program. He retired from N.A.S.A. in 1996. In his retirement he enjoyed photography, travelling and his church family at Grace Lutheran Church. He served on Mission Teams for World Gospel Outreach for seven years, which brought him great joy. Pete was a confirmed bachelor for 39 years. In 1973, he met the first love of his life and married Willa Whittemore. A few years after Willa passed away he met the second love of his life and married Kathryn “Kathy” Lee in 2015. He was preceded in death by his mother Dorothy Wiesner, his parents George and Amelia Wiesner and his first wife Willa Peterson. He leaves behind his loving wife, Kathryn Peterson and his God-given children: Deborah Raymond (Jimmy), Gary Whittemore (Jeannie), Mary West (Don), Lisa Hendrickson (Mike), David Lee (Leeann), Michelle Lee, and Amy Lee. Grandchildren include: Katrisha Raymond, Aaron Raymond (Pamela), Jeremy Whittemore (Jennifer), Chris Whittemore, Jason West, Michael Hendrickson, Matthew Hendrickson (Emily), Mia Hendrickson, Abby Lee, Kaiya Pineyro and Camila Pineyro. Great Grandchildren include: Kara Lewis, Sidney Whittemore, Elliott Whittemore and Kacey Jade West. Along with many wonderful friends and loved ones over the years and his fur babies, River, Merliah and Prince. The Service will be held on (Thursday) October 7, 2021 at Grace Lutheran Church at 19221 Pineville Road, Long Beach, MS 39560. Visitation will be from 9:00-10:00 a.m. with the Celebration of Life beginning at 10:00 a.m. Interment will be at the Biloxi National Cemetery at 1:30 p.m. I Pall Bearers: Gary Whittemore, Jimmy Raymond, Don West, Aaron Raymond, Mike Hendrickson and Matthew Hendrickson. Honorary Pall Bearer: Jeremy Whittemore. The family will be eternally grateful to Dr. Michael Payment, N.P. Danielle Hoda and Dr. Allison Wall for their exemplary care, love and compassion while caring for Pete. Bradford-O'Keefe Funeral Home, 15th Street, Gulfport is honored to serve the Peterson family. In lieu of flowers the family requests that memorials be given in honor of Pete to: Grace Lutheran Church- 19221 Pineville Road, Long Beach, MS 39560 or Lutheran Bible Translators- 205 South Main Street, Concordia, Missouri 64020
To order memorial trees or send flowers to the family in memory of Mason Woodrow "Pete" Peterson, please visit our flower store.
Send a Sympathy Card