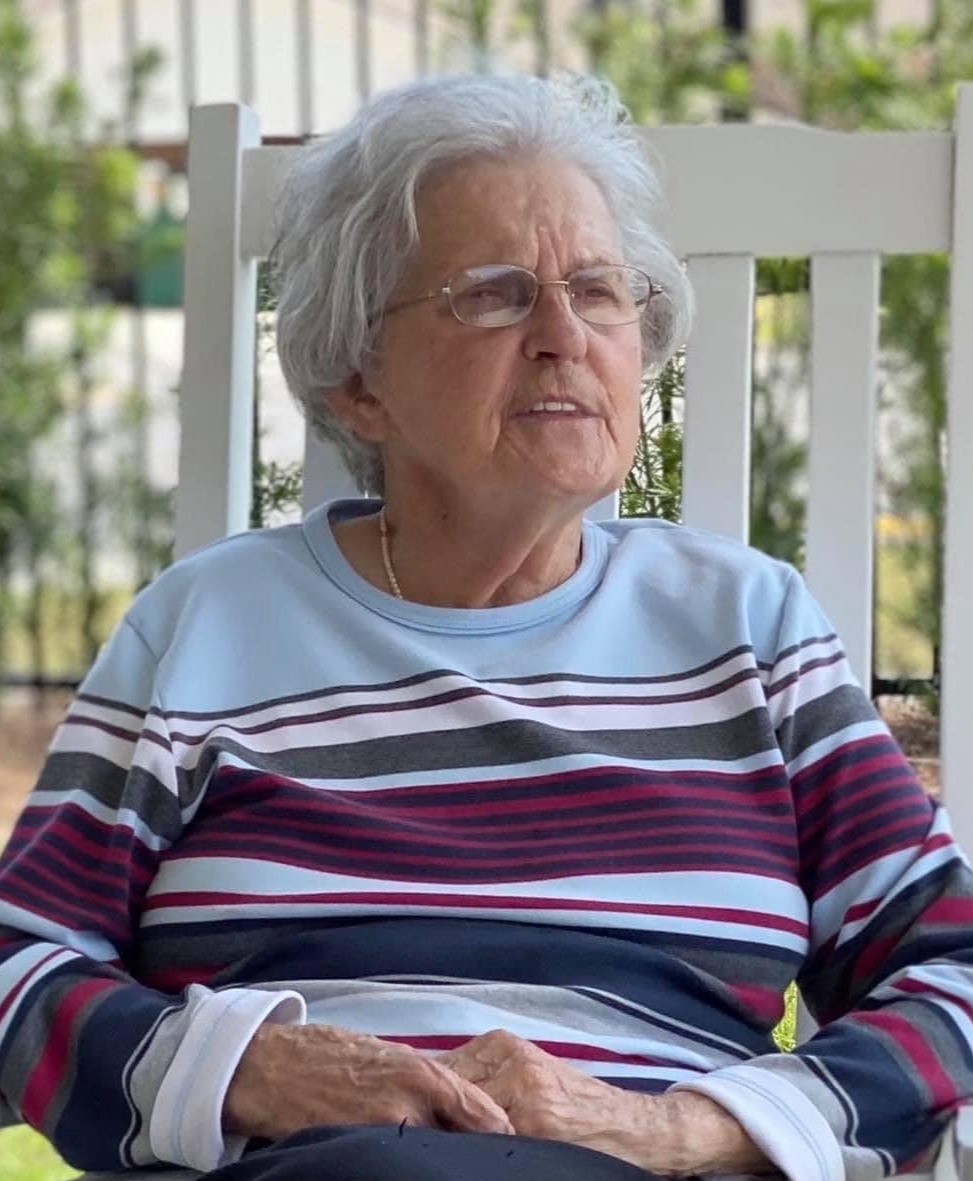 Melva, or “Tooda” as she was affectionately called by her Father, was born on October 4th, 1941.  The Lord blessed her on December 20th, 1968 with the love of her life, Charles Ray Emerson, a proud member of the United States Air Force.  They celebrated 54 years of marriage 3 days prior to her passing.  Together they became soul mates, whom shared the same beliefs that the Lord will provide and family is the most important thing you have in life.

She was her children’s Number 1 fan when it came to their involvement with Greyhound sports.  She was a staple at Friday night football games as you could hear her cheering the Hounds to victory from the stands.

Melva loved her family more than anything in her life.  She always wanted those around her to be happy and know the Lord.

She is preceded in death by her parents, Leo & Genevieve Webb; brothers, Pete and Merrell Webb; and her sister, Jean Marie “Sally” Hinton.

The family would like to also extend their sincere gratitude to the staff and caregivers of Lighthouse Assisted Living whom took great care and loved “Mrs. Melva” and to EnHabit Hospice Care (especially Angie) who were by her side to the end.

A funeral service will be held at First Baptist Church of Ocean Springs on Wednesday, December 28, 2022 at 11:30 am. Friends are invited to visit at 10 am. In lieu of flowers, the family requests donations be made to the Alzheimer's Association.

Bradford-O’Keefe Funeral Home is honored to serve the family and friends of Melva Webb Emerson.

To order memorial trees or send flowers to the family in memory of Melva Webb Emerson, please visit our flower store.