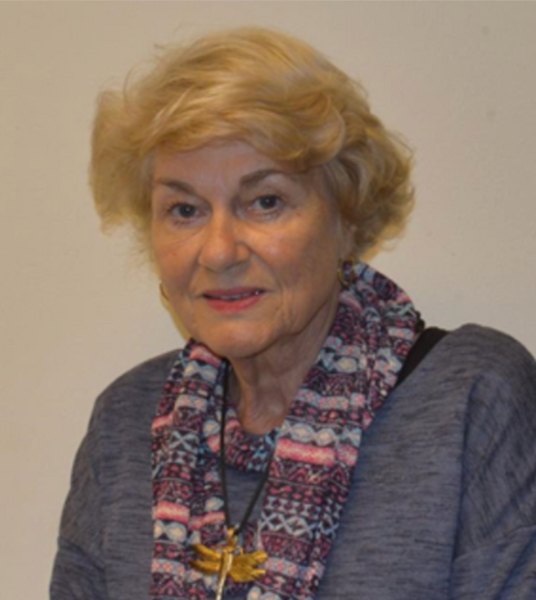 An angel was called home on October 31, 2021. She was born Monika Karwiese on January 17, 1945 in the East Germany. Her parents were Olga and Richard Karwiese. Due to the war, she never had the chance to meet her father but was raised by a strong-willed woman that instilled determination, hard work and faith in God. At the age of 6, the family was able to escape East Germany, into West Germany. After completing beauty college and starting a career as a cosmetologist, she met her very own G.I. Joe – Louis G. Stratakos. They married July 30, 1965 and he moved her to South Mississippi. A new land and a new language that she conquered in no time. One year and one day from the day they got married came along their only son, Keith Richard. She was quite active in the Mardi Gras world during the 80's with LeFemmes crew where she was also their queen one year. Monika started out working in local hair salons but in no time, she was able to buy the Villa Maria Beauty Salon in 1972. She grew her business to be a very stable and well-known way of life. Her clientele consisted of not just those in the Villa Maria but so many others, both young and old. She kept this business until 2019 when health issues caused her to retire. Not only was she a business owner but she was very active in her church, Christus Victor Lutheran in Ocean Springs. When she joined the church, CVL was just a little building down town Ocean Springs. She was a backbone to so many committees and worked tirelessly behind the scenes for many years. Everyone knew if there needed to be a cake or pie baked, Monika was the one. People said she could stir mud with a stick and it would be good.

Monika is preceded in death by her husband, just short of 50 years, Louis G. Stratakos. Her brother in Canada – Waldemar Karwiese and her sister in Germany – Anni Konzok and their parents. Sisters-in-law, Beverly Stratakos Witt and Fran Stratakos Newby.

Her beautiful life will forever be cherished in the lives of those she leaves behind. Her son Keith (Kimberly) Stratakos – children Samantha and Zale of Ocean Springs. Her brother-in-law Frank Stratakos of Ocean Springs. Her nieces from her sister Anni: Claudia Konzok and her son David Konzok and Stephanie Konzok and her daughter Naomi Bellersheim, all of Frankfurt, Germany. Her nieces and nephew from her brother Waldemar: Monica Karwiese, Christina Henricks and Roland Karwiese, of Canada. And a number of nieces and nephews on the Stratakos side. Her ‘German Sisters’ here on the Coast that have been part of her life for over 40 years: Ulli Bowyer, Gisela Gunter and Erika Guy. And we can’t forget her one eyed cat and her companion, Monti Catza.

Memorial Services will be held at Christus Victor Lutheran Church, Hwy 90 in Ocean Springs on Sunday December 5, 2021 at noon. A light lunch will follow.

Our thanks go out to her medical team at Singing River Cancer Center and her final care with Hospice of Light in Ocean Springs.

To order memorial trees or send flowers to the family in memory of Monika Karwiese Stratakos, please visit our flower store.
Send a Sympathy Card