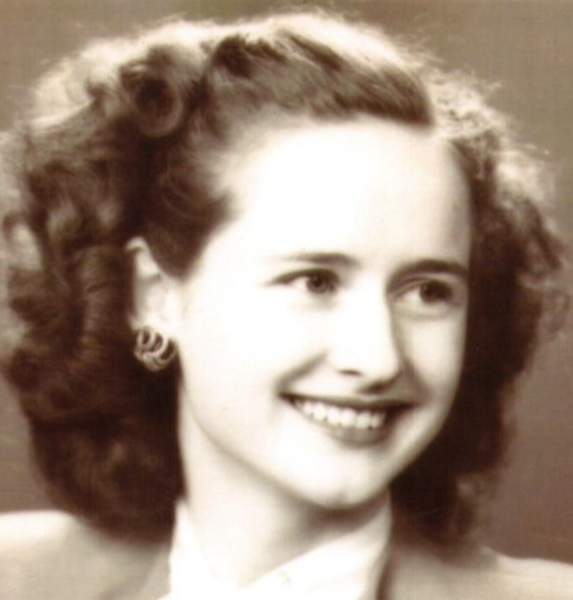 Born in Gueydan, LA in 1926, Neva was the second child from her family of twelve children. She graduated from Gueydan High School in 1943 as salutatorian, receiving the American Legion Award and a scholarship to Southwestern Louisiana Institute. Upon her high school graduation, Neva relocated to Crowley, LA where she began her first job in retail as a bookkeeper. She met and married Marks Joseph Meyer from Crowley, who had returned from serving in WWII. She and Joe had four children.

An avid genealogist, Neva traveled both in the United States and abroad to research her ancestors. She was a fearless traveler and loved these travels. Having grown up in south Louisiana, she was a student of the French language and continued her French studies her entire life. During her numerous trips to France, Neva acted as the unofficial translator for the groups. She was a collector of books and instilled that love of reading to her grandchildren.

Neva resided over 40 years on Mercer Island, Washington, a suburb of Seattle, Washington. While her main interest and love was serving on the Decorative Arts Council of the Seattle Art Museum, she was also an avid supporter of the Seattle Symphony, a member of the Barre of the Pacific Northwest Ballet and a member of the Washington State Governor’s Mansion Foundation. She returned to the gulf coast several years ago to be near her family.

The family is grateful for the devotion and care of the staff and family of Seashore Highlands, Gulfport, for their unwavering dedication to the care and well-being of their mother.

To acknowledge and thank the staff for their years of devoted care, a memorial has been established at Seashore Highlands as the Neva Meyer Wiseman Memorial. These funds will be available to a staff recipient working in the unique Green House Project Environment seeking to further their formal education in elder care. In Lieu of flowers, the family appreciates any financial donation to this memorial allowing further development of this important field of study. Seashore Highlands, 12170 Highlands Way, Gulfport, MS 39503. Please indicate for the “Neva D. Meyer Wiseman Memorial”.

To order memorial trees or send flowers to the family in memory of Neva Duncan Meyer Wiseman, please visit our flower store.