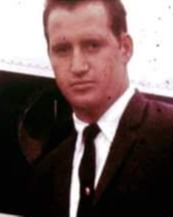 Tom was born on November 10, 1943 to Andy and Anne Branham of Hermitage, MO. After Tom graduated from high school in 1961, he went on to serve in the US Airforce. Tom served in the 173rd Airborne Brigade “Sky Soldiers” as a Forward Air Controller while serving in Vietnam.  He spent over 40% of his time in Jungle Operations and was recognized for his efforts while in the Iron Triangle in Vietnam. After his active-duty tour in Vietnam, Tom returned to serve as a telecommunications advisor for the State Department and Vietnamese National Police. He retired his military career with the Army National Guard in the state of Georgia.

In 2000, after retirement, Tom and Carol traveled the world together. Seeing over 32 countries, exploring other cultures, eating amazing food, and meeting new friends.  His adventurous spirit and spontaneity allowed his family to experience parts of the world as well. He was known for his sense of humor, negotiation abilities, and his love of jokes. Tom never met a stranger.

Tom was preceded in death by his parents, sister and brother.  He is survived by his wife, 4 children, 8 granddaughters, 5 grandsons, and 1 great-granddaughter.

Visitation with the family will be held at Bradford O’Keefe Funeral Home, 15th Street, Gulfport on Thursday, December 29, 2022 between 6:00 and 8:00 p.m., all are welcome to attend.  Full Military internment will take place at Biloxi National Cemetery on Friday, December 30, 2022 at 12:30 pm. Bradford-O’Keefe Funeral Home, 15th Street, Gulfport is honored to serve the Branham family.

In lieu of flowers, the family requests donations be made to Disabled Veterans of America, an organization Tom felt strongly about.

To order memorial trees or send flowers to the family in memory of Orville Thomas "Tom" Branham, please visit our flower store.