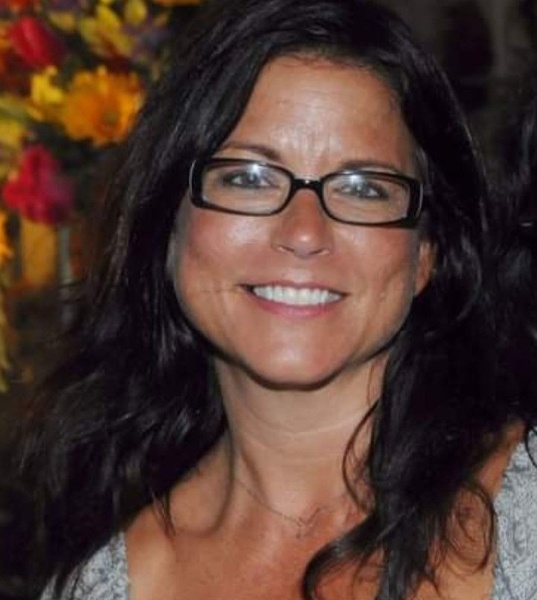 On June 7th, 1968 in Bay St. Louis, Pamela Carter Nelson was brought into this world.

Her parents, “Nebo” and Barbara Carter knew she was a bundle of love who would grow into a warrior and they were right. Pam spent her life making people feel loved, even through her battle with breast cancer. She fought like a champion and, when it returned, she stood her ground with undeniable strength and dignity. She kept pouring love into the world and celebrated the birth of Christ before going to meet him in person.

For most of her childhood, Pam grew up in Vancleave. She was a cheerleader, the president of her class, and was named “Friendliest”- a title she upheld her entire life.
As a child, Pam’s parents introduced her to camp meetings. These week-long gatherings came to be one of her favorite times of the year. Pam has always been known for her ability to create fun and make people feel included so it was no surprise when she became Campground Olympics Director. Each year, for more than a decade, Pam made sure the games were challenging and full of fun for all the kids who played.

A short stint in Ocean Springs during her 8th and 9th grade years created some of her longest friendships. Eventually, Pam moved back to Ocean Springs where she raised her kids and created a home. Her love was fierce and her words were gentle. Her children, Ashton and Aaron, often heard their mother say, “Do what you want but I wouldn’t recommend it.”

Her brand of advice became popular among friends and family. Although she never met a stranger, Pam’s first love was her family. In true Pam fashion, she celebrated each person daily. She never batted an eye at the secret “please pick me up from school” texts from her oldest granddaughter, Mila. Pammy grabbed her keys and hit the road.

When there was a birthday, engagement, marriage, or any event, Pam kicked it up a notch and happily threw a party. There were unicorn birthdays, pink graduations, pool parties, giant water slides, a courtyard reception, and a mother-son dance you’d have to see to believe.

In her work life, Pam spent 33 years as a respiratory therapist impacting the lives of her patients, touching the hearts of their loved ones, and teaching her co-workers even before she became supervisor. The first seventeen years of her career was spent at Singing River Hospital. She finished the next sixteen years at USA Women’s and Children’s Hospital before retiring in August.

As in all aspects of her life, Pam put everything she had into what she was doing. At work, Pam was known to dress up in costumes, bake cakes, bring goodies, and lend an ear for the benefit of the people in her care. The stories from people she worked with and her patients are a testament to the person she was.

During her down-time, if she wasn’t traveling, you could find her sitting on her front porch or cruising around town in the golf cart with the love of her life, Kenny Watson. If you had the honor of meeting her, you’ll never forget that huge smile and full laugh which was sometimes followed by a sweet little snort.

Pam’s visitation will be on Friday, December 31st, from 10:00 am 11:45 am followed by a service at noon at Bradford – O’Keefe Funeral Home in Ocean Spring located at 911 Porter Ave. After, Pam will be brought to her final resting place at Mount Pleasant United Methodist Church Cemetery located at 13900 Mt. Pleasant Road in Vancleave, MS. After a short graveside service, everyone is invited to a reception at the church Fellowship Hall.

To order memorial trees or send flowers to the family in memory of Pamela Michelle Nelson, please visit our flower store.
Send a Sympathy Card