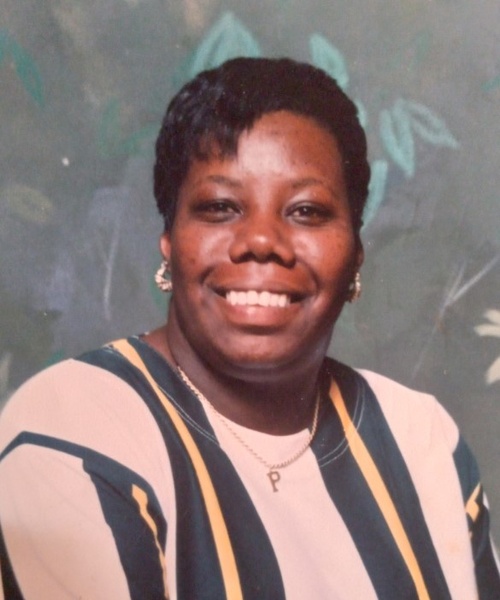 Patricia was a resident of Gulfport, MS since the young age of 7. She was a proud member of Faith Baptist Church where she accepted her salvation and remained a faithful member.  While attending FBC, she played a major role in the Fellowship Sunday School class. She took pride in cooking for Sunday fellowship service and oftentimes, the military personnel. Patricia worked for Deep South Hotel for 5 years. She also worked for Timothy and Lisa Holleman for 11 years.  While working for the Holleman’s, Patricia became a special part of their 2 children, Addie and Mathew’s lives. After leaving there, Patricia dedicated her life to being a fulltime homemaker taking care of her family.

Patricia enjoyed playing Cards, listening to music, being on the go with her sister, Chris, and watching her favorite sitcom, Golden Girls. She had a passion for cooking and caring for children, as she often called all of them her kids. Some of her favorite dishes to make were her famous chicken and dumplings, greens, and her homemade biscuits. Patricia had a particular way that she wanted everything precisely done. She loved spending time with her family. Patricia Magee was the MATRIARCH of her Family and others.

Visitation will be held from 5:00 p.m. until 7:00 p.m. on Friday, March 18, 2022 at Bradford-O’Keefe Funeral Home, 15th Street, Gulfport. A funeral service will follow at 11:00 a.m. on Saturday, March 19, 2022 at Faith Baptist Church, 8467 Canal Road, Gulfport, where friends may visit from 10:00 a.m. until service time. Interment will be at Finley Cemetery in Saucier. Bradford-O’Keefe Funeral Home, 15th Street, Gulfport is honored to serve the Magee family.

To order memorial trees or send flowers to the family in memory of Patricia Ann Magee, please visit our flower store.