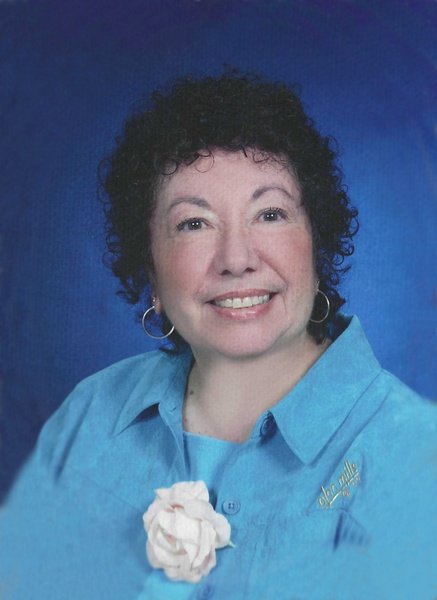 Pauline Soza Salcido, Age 79 of Biloxi, MS, passed away on Sunday April 24, 2022.  Pauline was a native of Phoenix, Arizona and longtime resident of Biloxi, MS.

Pauline graduated from Phoenix Union High School and attended Phoenix Junior College.  She married Henry A. Salcido in 1964.  They travelled the world as Hank was a pilot with the United States Air Force.    Pauline was active in many ways with the military.  She held several positions with the Officer Wives Club as well as president.  She also helped raise money for several military organizations thru their international bazaars.  Pauline also directed several plays for the Scott Air Force Base theater.

During her time, she worked 22 years as an admin for Mississippi Power.  Prior to that she held positions with International Paper and worked as a transportation coordinator for the casino industry.  Pauline also was active in the church, Our Lady of Fatima, not only as a member but also as a wedding coordinator.

Pauline’s pride and joy was being a homemaker to her family.  Well known for cooking and baking, she always enjoyed sharing her love in many ways.  Always eager to show this love to all she came across.   She was a loving Mother, Grandmother, Great Grandmother, sister, wife, and friend.  Her family was most important to her.  She raised 3 boys, Michael, Richard and John.   Although now spread out around the country, she cherished the times once a year when the entire family would get together.

The family would like to thank Keesler Medical Center Team, Memorial Hospital Therapy, Bienville Orthopedic Therapy, Kare-In-Home Health Services, and all the other medical staff that gave her strength to fight her cancer battle. She fought for her family so that we could spend as much time together as we could be given.  Although she is gone, she lives on in the love we share as a family.  In lieu of flowers donations can be made to a Breast Cancer foundation of your choice.

A Memorial Mass will be held at Our Lady of Fatima Catholic Church in Biloxi, MS on Saturday, May 7, 2022 at 10:00 am. Family and friends may visit from 9:15 am until Mass time.

Bradford-O’Keefe Funeral Home is honored to serve the Salcido family.

To order memorial trees or send flowers to the family in memory of Pauline Soza Salcido, please visit our flower store.