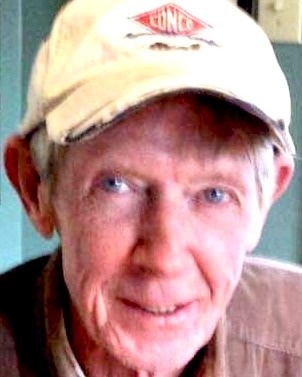 Polie Daniel Ainsworth was born on December 01, 1950 in Laurel, Mississippi. Better known as “Danny,” Polie grew up in Biloxi and attended public school, where he learned to play the trumpet while in elementary school. Throughout his years at Biloxi High School, Danny was a member of Prof Carpenter’s superb marching band. Danny was band Captain and named most talented his senior year. After graduating from high school in 1968, Danny attended Mississippi Gulf Coast Community College at Perkinston, where he was also a member of the band. He was later drafted into the Army and served in Vietnam. When he returned stateside from the war, Danny was assigned to duty at Fort Sam Houston in San Antonio, Texas where he served on the funeral detail, playing “Taps” as part of military honors, a service he felt privileged to perform throughout his life, long after he left the Army and for as long as his health permitted.

Following his military service, Danny worked for several years in Texas in the Houston area where he made many lifelong friends before returning to Mississippi. He worked alongside his Uncle Joe Stringer in Laurel, Mississippi for a decade at Joe’s well-known catfish restaurant. During that time Danny continued to pursue his love of music, recording with David and the Giants and often sitting in with bands along the coast whenever he had the opportunity.

In 1986 Danny married his wife, Rebecca, and he relocated to New Orleans where she practiced law. Danny began work with Sexton/Rhinehart Food Company in the restaurant food service and supply industry, a career he continued for the remainder of his work life, employed with several companies, including Sablich Enterprises and Conco Food Company until his retirement. He and his family moved to Ocean Springs in 1989. Always a people person and a skilled salesman, Danny won several trips for himself and his wife through his employment, and they traveled to Cancun, Puerto Vallarta, and Puerto Rico, always enjoying adventures and new places.

Danny was a very talented musician, playing not only the trumpet, but also guitar, mandolin and piano. He was a member of St. Alphonsus Catholic Church in Ocean Springs, Mississippi where he faithfully served in the music ministry for over twenty years. Always proud of his heritage with Biloxi High’s renowned band, he was part of the Biloxi High School Alumni Band, marching and performing in Mardi Gras parades as well as other community events for many years. Danny also performed with the coast band, the Londonaires for several years. Lastly, after his retirement, Danny began playing weekly at Kwitzky’s Dugout in Ocean Springs, an activity he truly enjoyed and looked forward to each time he played.

A memorial mass will be held at 12 pm on Wednesday, November 9, 2022 at St. Alphonsus Catholic Church. Friends and family are invited to visit from 10 am - 11:30 am with speeches following from 11:30 am - 12 pm. A procession will take place following mass at 1 pm to Biloxi National Cemetery where final prayers and committal will take place at 1:30 pm. After interment, those in attendance are invited to a reception a KC Hall, located behind St. Alphonsus, to join in remembering a remarkable man.

Bradford-O’Keefe Funeral Home is honored to serve the family of Polie Daniel Ainsworth.

To order memorial trees or send flowers to the family in memory of Polie "Danny" Daniel Ainsworth, please visit our flower store.