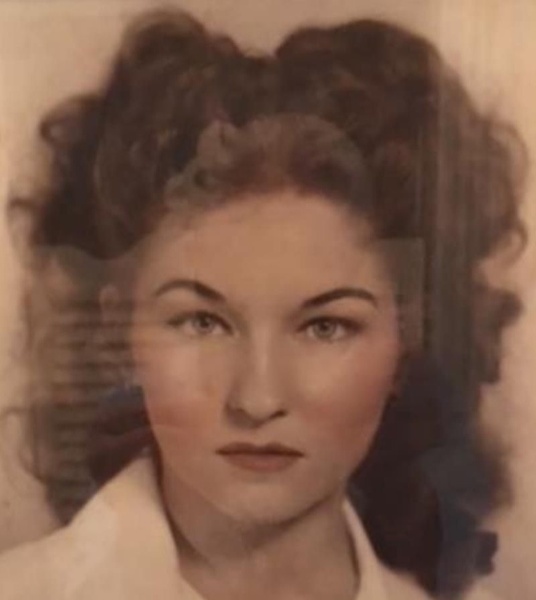 Polly M. Jones passed peacefully into the light of heaven and into the loving arms of Our Lord and Savior, Jesus Christ on Sunday, October 24th, 2021.

Polly was born in Slagle, Louisiana on June 19th 1927 to Richard John Beech and Sybil North. She often spoke of her wonderful childhood memories of growing up in Port Arthur, Texas and especially when she lived on Thomas Boulevard. Polly graduated from Thomas Jefferson High School and immediately started a career. On August 23, 1950 she married Sidney T. Jones, who was Polly’s soulmate until his untimely death in September of 1985. Sidney and Polly loved children and had two daughters, Lucinda Jane and Molly Ellen.

Polly was devoted to her daughters and was always there to support them throughout their life. Polly was a devout Christian from early childhood and was a lifelong member of the Methodist faith. Anyone that knew Polly knew of her faith. She not only read and listened to The Scripture through daily devotionals, worship services and prayer; she lived her faith through works and deeds quietly touching the lives of so many.

After her husband’s passing, she moved to the Dallas Area to be near her two daughters. She continued to build a life and worship in Ellis County. In her later years, everyone referred to Polly as “Miss Polly.”

Polly had an innate bond with the land and loved to be outdoors with her plants and the part of her property she referred to as “The Meadow.” She would feed the birds, clean her birdbaths, and left food for the animals on a daily basis. To know Polly, one would always identify her with her children, her faith, and her love of nature and animals.

Polly is survived by her daughters and their husband’s, Lucinda Jones Hollier and Fernand Hollier of Ovilla, Texas, Molly Jones Brown and Edward Brown of Corinth, Texas, her sister Evelyn and brother-in-law Bobby Roberts of Tyler, Texas, and her brother, Earl North of Leesville, Louisiana as well as numerous nieces and nephews. Polly was preceded in death by her husband, Sidney T. Jones, her parents, and her brother, Dr. Richard North.

One of Polly’s favorite verses from the Bible was “I have fought the good fight, I have finished the race, I have kept the faith.” Timothy 2, 4:7 RSV. Polly fought the good fight and kept her faith until her last breath. Polly will be laid to rest in Evergreen Cemetery in Ocean Springs, Mississippi by her husband. There will be a private family graveside memorial at a later date. Memorial contributions can be sent to the Sidney Jones Scholarship Endowment, Lamar Institute of Technology Foundation, P.O. Box 10085, Beaumont, Texas 77710.

“For God so loved the world that he gave his only Son, that whoever believes in him should not perish but have eternal life.”

Bradford-O'Keefe Funeral Home is honored to serve the family of Polly M. Jones.

To order memorial trees or send flowers to the family in memory of Polly M. Jones, please visit our flower store.
Send a Sympathy Card