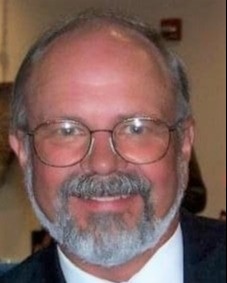 Randall “Randy” Herr, age 72, of Long Beach, MS passed away on Friday, September 23, 2022. Randy was born and raised in Lancaster, PA to Don and Betty Herr. Randy served in the United States Navy from 1969 until 1975. He then went on to earn a Bachelor of Science in Zoology from the University of Maryland and later his Master of Science in Oceanography from Florida Institute of Technology.

Randy had a successful career spanning 25 years as a Marine Geophysicist at the US Naval Oceanographic Office (NAVO). During his time with NAVO, he traveled around the world performing geophysical surveys in support of US Navy and Department of Defense Programs. This is where he met his wife, Carol Austin Herr – they married in 1980. His entire professional life revolved around gravity equipment and gravity data collection. During his career, he participated in over 100 cruises for the Navy and several for specialized academic projects. Randy received numerous awards for his extensive work with gravity, including the Department of the Navy Meritorious Civilian Service Award and the Henry P. Stockard Award for Excellence in Geophysics. He was a Project Manager for his final 10 years with NAVO until he retired in 2005. After retirement, Randy continued to work with colleagues he met during his tenure in the Navy and with NAVO, including in a consultant capacity with Woods Hole Oceanographic Institution and Scripps Institution of Oceanography for gravimeter projects.

Randy was a devoted father to his two children – Joel and Hilary.  During the kids' early years with community theater, Randy volunteered his talents with scenic design. If you went to a KNS production at the Saenger Theater between 1990 to the late 2000s, you most likely saw a set designed and built by Randy. While he never stepped into the spotlight, Randy was often found behind the scenes volunteering his time working backstage in various roles.

Randy was a lifelong member of the United Methodist Church. He was a faithful steward at his local church and wore many hats including as a member of the board of trustees, administrative council chair, and finance committee chair.

Randy was an avid golfer and helped manage the Stennis Space Center Golf League. He continued golfing with these friends after his retirement and looked forward to their annual “Golf Shores” trip to Gulf Shores, AL.

Randy is survived by his wife of 42 years, Carol; his two children, Joel (Jessica) Herr and Hilary (James) Santo; his grandchild, Julian Herr; his in-laws, Shelda Jones, Chrissy and Lenny Edwards, and several nieces and nephews.

In lieu of flowers, the family would like you to make a donation to one of the following organizations: United Methodist Seashore Mission, PO Box 226, Biloxi, MS 39530, Email: seashoremission856@outlook.com or make a donation to a Mississippi Gulf Coast Community Theater group of your choice.

To order memorial trees or send flowers to the family in memory of Randall "Randy" Herr, please visit our flower store.