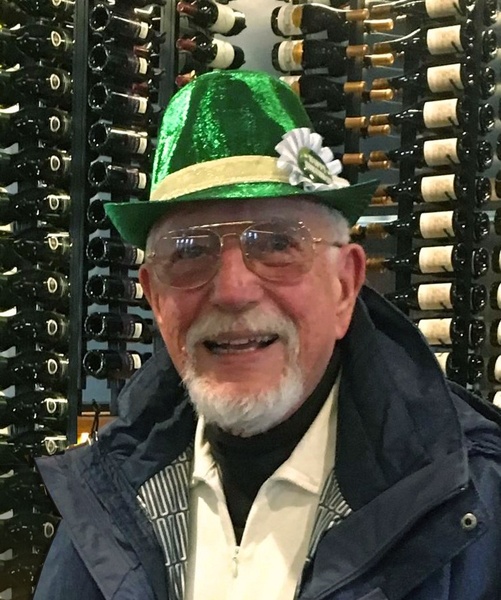 Richard was born on March 18, 1934 in Philadelphia, PA to Samuel H. and Marie Remaley Taylor. He graduated from Haverford Township High School in Haverford, PA and received his Bachelor of Science Degree in Geology and Mineralogy from Penn State University in 1956. Richard joined the U.S. Navy in December 1956 and was commissioned in May 1957 as a U.S. Naval Officer, First Lieutenant and was stationed aboard the U.S.S. “The Sullivans” Destroyer. He completed active duty and was honorably discharged in April 1960. Richard retired from the Naval Reserve as a Lieutenant Commander in 1972. He retired from the USGS (United States Geological Survey) in 1994 after 36 years of service.

First and foremost, Richard was an avid adventurer and world traveler, traveling to locations in Europe, Africa, North and South America and Asia; including trips to the North Pole, Machu Picchu, Iceland and Ethiopia. He enjoyed running, skydiving, stock and futures trading and stage acting at little theatres on the Coast. He was a member of his school’s wrestling and track teams and the church boys’ choir. Richard also enjoyed bowling and playing cards with his family, trivia and reading, alongside being a lifelong amateur meteorologist.

He was preceded in death by his parents; and his siblings, Samuel H. Taylor, II, Russell T. Taylor and Robert G. Taylor.

Bradford-O’Keefe Funeral Home is honored to serve the Taylor family.

To order memorial trees or send flowers to the family in memory of Richard E. Taylor, please visit our flower store.