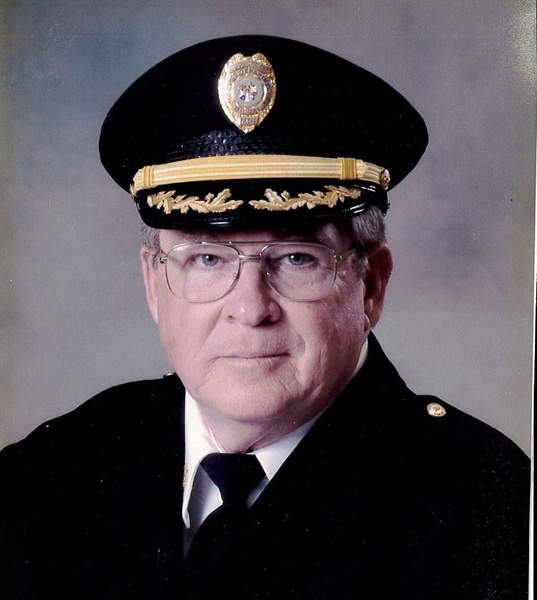 Robert Larry Burriss went to be in person with his Lord and Savior, Jesus Christ on December 29, 2021.

He was preceded in death by his son, David Burriss, his parents, James W. Burriss Sr. and Dainie E. Edens Burriss, and by his brother, James W. Burriss Jr. He is survived by his great and wonderful wife of 63 years, Norma L. Hickman Burriss who made his life a lot better with her loving care, and she also qualifies as a “Worthy Woman” according to Prov. 31:10-31 He also is survived by one nephew, Wendel Burriss, one cousin, Naomi Causey, both of Wilmington, NC. He is also survived by a God given son and daughter-in-law, Joe and Lisa Brooks, two grandsons, Kyle and Graham Brooks and one great grandson, Benjamin M. Brooks, all of Cleveland, TN and to them he was always called “Dude.”

Robert was born and raised in Wilmington, NC. After leaving high school, Robert began a lifetime of service to others. Robert joined the United States Air Force at the age of 17 serving as a Police Officer, he served in Vietnam from 1969 to 1970 and continued to serve, retiring after 20 years. He received a number of awards and citations, one of which was the Airman’s Medal for saving a man’s life.

After retiring from the Air Force, Robert continued his service with the Biloxi Police Department. While there, he not only served as a Crime Scene Investigator, but in many ways became the “Father of Forensic Science” for South Mississippi. His attention to detail and professionalism in everything he did resulted in justice served. Robert served the Biloxi Police Department for 28 years rising to the rank of “Inspector” and retired.

After retiring, Robert returned to service with the Biloxi Police Department as Chaplin. To say that Robert was a “Man of Christ” is an understatement. He Loved the Biloxi Police Department and all who served there. In his capacity as Chaplin, he touched countless lives, many in their time of need. His Love for the Lord was visible for all to see and he planted the seeds of Christ until his last days.

The family requests that memorial donations be made to Gulf Coast Community Ministries 3916 15th St. Gulfport, MS 39501 or Canvas Church at canvaschurchprospectus.com

Bradford-O’Keefe Funeral Home is honored to serve the family of Robert Larry Burriss.

To order memorial trees or send flowers to the family in memory of Robert Larry Burriss, please visit our flower store.