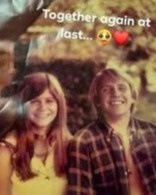 Robert Drue Higdon, known as Drue, or “the Dude”, “Hootie”, and “the General”, age 69, passed away on Saturday, October 1, 2022. He was born in Gulfport, MS and was a lifelong resident. His parents were Robert Gordon Higdon and Jean Higdon Taylor. We all cherished this precious addition to our family.

During his years at Gulfport High School (Class of 1970), Drue met the love of his life, Deborah Abrams and never had another girlfriend. He lived in east Gulfport, she lived on the west side of town, but Drue did not hesitate to walk the four miles every day to see Debbie. Many times, his dog Tramp made the trip too!

After high school graduation Drue attended Mississippi Gulf Coast Community College where he obtained an associate degree in Drafting. He enjoyed working and was always a loyal employee. He worked for the City of Gulfport in the Engineering Department for 18 years, followed by years in the construction field as a supervisor. His final job was working for Brown and Mitchell Engineering before he became ill at the age of 55. Drue never stopped wanting to work.

Drue was a character! He loved life and loved making other people happy. He had some of the most hilarious stories to tell, especially remembering his days in Boy Scout Troop 202 with Clarence Vaughn, the Scout Master who they called “Big Wickie” and numerous other Scouts. Drue attained Eagle Scout for which we were all so proud. He loved camping and canoeing on Black Creek in Brooklyn, MS and the Wolf River and looking for arrowheads there, the Saints football team (Drew Brees in particular), shooting fireworks or playing Reville on his bugle when the Saints scored, bonfires in his neighbor’s back yard on Saturday nights, music and riding up and down the Coast singing. His all-time favorite band was Crosby, Stills and Nash. While working security as a Gulfport Police Department Reserve Officer, Drue met the band at the coliseum. They invited him to their hotel room following the concert where they sang all night. He was absolutely in heaven that night. And, finally, Drue could never get enough chocolate or Double Bubble gum!

Drue was a member of the Baptist faith. He was preceded in death by his parents; his beloved wife, Debbie; his brother, Howard Gordon Higdon “Gordy”; and brother-in-law, Hollis Taylor.

To order memorial trees or send flowers to the family in memory of Robert Drue Higdon, please visit our flower store.