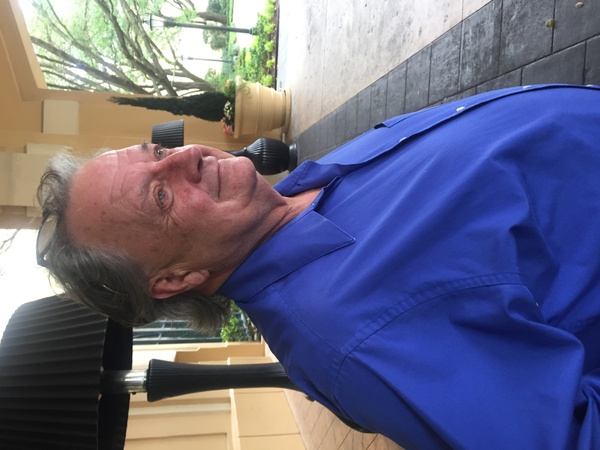 Mike was born on October 20, 1956 to the late Robert Tex and Pearl Eloise McCoy of Madison, MS.

He graduated in 1976 from Madison Ridgeland High School.

From the age of 15 Mike always worked.  He started out at Junior Food Mart in Madison. After finishing high school, he got a job with Ken Jackson at the Western Sizzlin’ on I-55 in Jackson. Mr. Jackson sent him to Austin, Texas to help open a new Western Sizzlin and in 1980 brought Mike home to help open the new Cock of the Walk at the Reservoir.

Many of the decorations that are in the Cock of the Walk were Mike’s creations and work.  The flipping of the cornbread was Mike’s idea and still is being done to this day. He worked there for 10 years before going into the career he really loved, floral design.  He has worked and studied in floral design from Detroit, Michigan, Los Angeles, California and New Orleans, La.

In 2014, he moved to Biloxi, MS where he worked as a designer in the floral design department of the Beau Rivage. Many of the beautiful displays at the Beau were Mike’s creation.  Mike had a unique gift for design and anything he worked on always stood out.

He also used his talents and green thumb, to create a beautiful garden at home.

Family and friends were Mike’s other love. There was never a dull moment with him around. He loved to cook for the family and was always up for a party or a holiday.  He was constantly cooking and feeding the local homeless people.

He was preceded in death by his parents, Robert Tex McCoy and Pearl Eloise McCoy and his beloved sister, Cheryl McCoy Stringer.

A Celebration of life will be set for a later date.  In lieu of flowers, the family asks for donations to any homeless shelter.

To order memorial trees or send flowers to the family in memory of Robert Michael "Mike" McCoy, please visit our flower store.