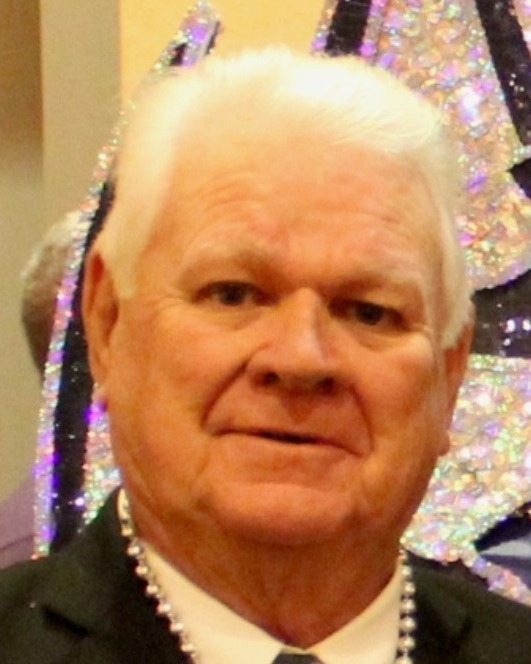 Bobby was born on April 26, 1944, in Biloxi, MS, and was a 1962 graduate of Biloxi High School. He served in the Navy on the USS Mt. McKinley before returning to Biloxi and marrying the love of his life, Selma “Peanut” Delahoussaye Simmons, and raising their family. He was a 2nd degree member of the Knights of Columbus

Bobby worked in route sales including Coca-Cola, Sunbeam, National Linen Service, and Jack’s Cookies before moving into beer sales. He retired from FEB Distributing Co as Operations Manager after 28 years with the company. In his retirement, he worked for the Harrison County Road Department and hauled crawfish for Taranto’s. He loved nothing more than camping with his love and fishing with his wife, his kids, his grandkids, and his friends. He was known for being the life of the party no matter where he went, and he never met a stranger.

He was preceded in death by his parents, Louis and Lillian Simmons, his sister and brother-in-law Nellie and Eroy Hargrove, his in-laws Beatrice and Herb Hubbard, and his sister-in-law Dora Delahoussaye. He is survived by his love of 57 years, Selma Simmons; his son Robert (Bobby) Simmons, Jr and his wife Leonie; his daughter Lori Brennan and her husband Jim; and his daughter Shelley McKay and her husband Gene. He is also survived by nine of his favorite people, his grandchildren: Robert (Bobby) Simmons, III, Hilliary Simmons, Trey Brennan, Kaylin Brennan Kelly and her husband Cooper, Abby Brennan, Grayson McKay, Maggie Brennan, and Johnathan McKay. He is also survived by his brothers-in-law, Jackie and Catherine Delahaussaye and Jerry and Jeannette Delahoussaye, and numerous nieces and nephews.

Bobby also leaves behind many extended family members and close friends. He will be missed by his breakfast club at Port City Cafe, Fayards, and Southern Camper Sales. So many people have funny stories and cherished memories with Big Bob. He loved to cook and measured nothing. He loved his crawfish boils and his cold beer. He was always up for an adventure, whether fishing, camping, hunting, or even amusement parks (as long as he didn’t have to pay for parking at Disney). He was well-loved and lived a full life.

The family would like to thank his medical team at the VA, Dr. Eva Magiros, and Dr. Sam Twedt for providing care, as well as Stephanie, Rick, and Aysha at the CardioPulmonary Rehabilitation Center at Memorial Hospital.

In lieu of flowers, donations can be made in his honor to the Pulmonary Fibrosis Foundation at PulmonaryFibrosis.org or the Lupus Foundation of America at Lupus.org.

Bobby’s life will be celebrated at Bradford-O’Keefe Funeral Home on Howard Avenue in Biloxi on Sunday, January 29, 2023 with visitation for family and friends from 5:00 pm until 7:00 pm. A Mass of Christian Burial will be held at Our Lady of Fatima Catholic Church on Monday, January 30, 2023 at 12:00 pm. Friends may visit from 11:00 am until Mass time. Interment will follow at Biloxi National Cemetery.

Bradford-O’Keefe Funeral Home is honored to serve the Simmons family.