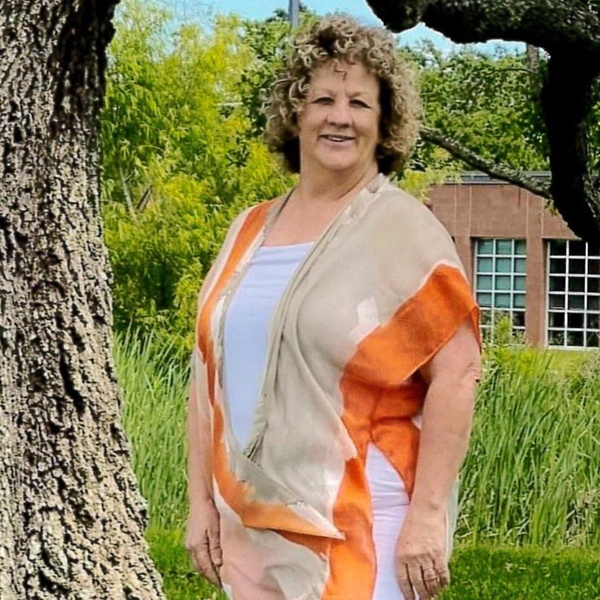 Robin Patricia Mallett Gannon, age 64, left her earthly world on September 15, 2021. Robin was born to Mildred Lucille Chinn Mallett and Rufus Samuel Mallett in Biloxi MS. She attended St. Martin schools from first through twelfth grades. She later attended Mississippi Gulf Coast Junior College at Perkinston and Jackson County campuses where she earned an associate degree in Drafting and Design. She was employed as a drafter by JJ McMullen Engineering, CDI Marine, and in the City of Biloxi Public Works Department. All of us who went on road trips with Robin knew that if there was any place along the route, even miles off the route, we would be subjected to hours of browsing shops filled with antiquities and unique items. This passion led her, along with her husband Pat, to become owners of antique and estate sale stores in Wiggins, MS. Robin was a devout Catholic. She received divine guidance at the Cursillo Center at Dedeaux as a young woman and returned there as often as possible to share her faith with the Cursillo community by working numerous retreat teams through the years. Robin is survived by her husband Pat, her son Christopher Gannon, her daughter Christa Gannon Brignac (Derek) and two grandsons, Ryker and Remi Brignac. She is also survived by her sister Sharon Mallett Kenna, brother Fred Mallett, and the following nieces and nephews: Mary Cosmich Cariker (Jeb), John Cosmich (Keri), Patricia Cosmich Allen (Jim), William “Billy” Cosmich (Barbara), Richard Cosmich, Steven Lindsay (Jennifer), and Erin Mallett Kenna Rosetti (Nick) as well as 12 great nieces and nephews and 9 great grand nieces and nephews. Robin was preceded in death by her grandparents, Harvey Chinn, Edwardine Cannette Chinn, Fred Mallett and Virda Delancy Mallett, her mother Mildred and father Rufus Mallett, as well as her sister Leanna Besse Cosmich and her brother Richard Michael Besse. We know our fun loving “Dancing Queen” is now dancing with all our loved ones who have gone before her. Robin’s funeral services are scheduled for Saturday, September 25, 2021, at the Bradford O’Keefe Funeral Home on Howard Avenue in Biloxi, MS at 11:00 am. Visitation will be from 9:00 am until 11:00 am with a recitation of the Rosary at 10:00 am. Interment will be at Southern Memorial Park immediately following the services. The Gannon family would like to thank the courageous and caring staff of 6th Floor ICU, Memorial at Gulfport for the attention and dedication they provided to our precious Robin in the last weeks of her life. Bradford-O'Keefe Funeral Home is honored to serve the Gannon family.
To order memorial trees or send flowers to the family in memory of Robin Patricia Mallett Gannon, please visit our flower store.
Send a Sympathy Card