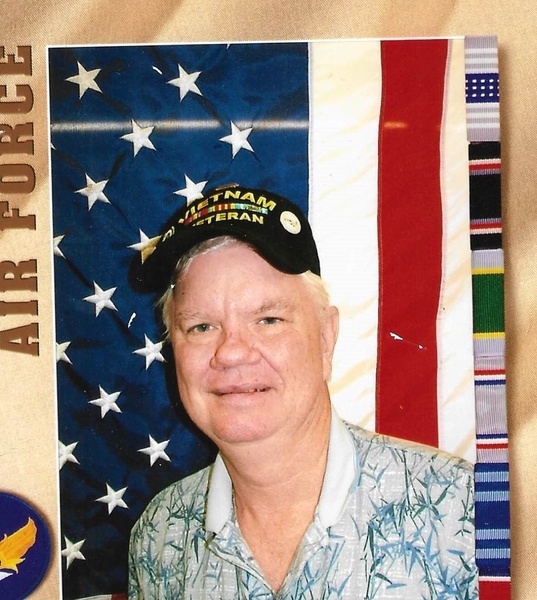 SMSgt Roger Lavell Simmons (USAF Retired), age 75, passed peacefully in the early morning of January 23, 2022. He was a Vietnam veteran who served two tours, 1966-67 and 1969-70. After a long career, he retired from the US Air Force as a Senior Master Sergeant.

Roger was preceded in death by his parents, James Leslie Simmons, and Bonita Simmons; a brother Clarence Edward Simmons and two grandchildren.

He was a member of First Baptist Church Orange Grove and an avid sports fan and supporter of the Holiday Rambler RV Club where he served as president of the local Pine Belt Chapter for one year and the MS state manager for one year. He was a lifetime member of the Sons of Confederate Veterans, the NRA, Shriners (he transported children to the Shriner’s Hospital) and a 33 Degree Mason. He also served as a volunteer fireman.

Roger was a proud veteran, devoted husband and father. He was involved in many activities throughout his life but his greatest joy was found in his grandchildren.

The funeral service will be Thursday, January 27, 2022 at 11:00 a.m. at Bradford O’Keefe Funeral Home, 15452 O’Neal Road, Gulfport, MS where friends may visit one hour before the service. Interment will be in Biloxi National Cemetery with honors by the US Air Force.

To order memorial trees or send flowers to the family in memory of Roger Lavell Simmons, please visit our flower store.