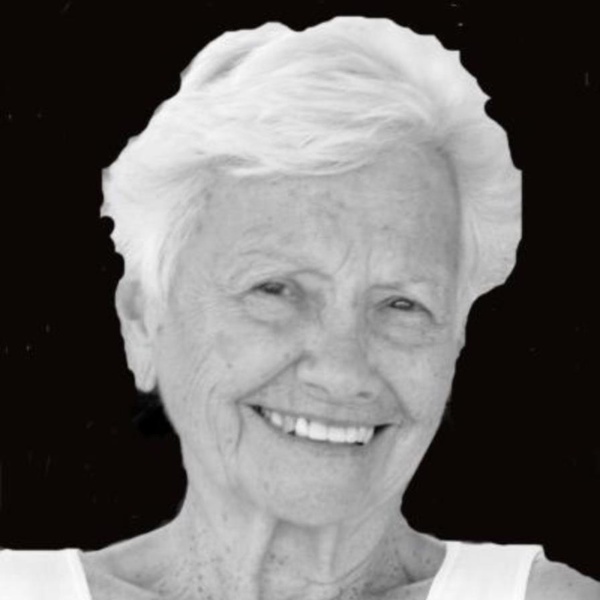 Rose Marie Chauvin Collins passed away on September 16, 2021 in Biloxi, MS at the age of 95. She was surrounded by family in the comfort of her home. Rose was born in New Orleans, Louisiana to Rose Blanche Briant and Frank James Chauvin on June 8, 1926. As a young woman, Rose would take the train to Biloxi with her sister. During one visit, she accepted a sailboat ride from the handsome young man, Paul Collins whom they had noticed earlier on walks past his home on Hopkins Street. Rose and Paul were married on June 2nd, 1947 in New Orleans and were happily married for 67 years until his death in 2015. Rose was a devout Catholic and was a faithful parishioner of Nativity B.V.M. Church. She and Paul raised their nine children in the church and all of their children who attended Catholic school. Her faith and family were of utmost importance in her life. In addition to providing a loving home for her husband and children, her home was always open to her very large extended family. She also opened her home for the annual Collins and Chauvin Family Reunions, so family and friends could come enjoy the family spirit. This has been a tradition for many years. Rose was an accomplished artist in many media. She created many paintings in water color, acrylic, oil, and color pencil. She was also skilled in wood carving and cross stitch. She came from a family who enjoyed playing games together. Rose was especially skilled at bridge which she played frequently with friends from church. She enjoyed playing other card games and always had a jar of pennies handy in case anyone wanted to play. She also enjoyed playing dominos with family. Rose was an avid gardener and was known to have a green thumb. She was active in both the Lafayette and Kensington neighborhoods where the family lived. Rose was preceded in death by her mother and father, her husband Paul, brothers Thaddeus and wife Delores, Hugh and wife Johnnie and Mary Lou, and John. Her sisters Ruth and husband Bill Carter, Edna and husband Eddie Jones, Claire and husband John McCabe, her brothers-in-law Bill and wife Dot, Frank, Joe and wife Dot, Leonard, sister-in-law Mary and husband Dick, as well as her daughter Elizabeth, her son Larry, and her grandson Zeke. She is survived by her children; Steve and CoCo Collins, of Ocean Springs, MS; Richard and Lisa Collins, of Valrico, FL; Michael Collins and Charliene Roemer of Ocean Springs, MS; Donald and Patricia Collins of Biloxi, MS; Greg and Frances Collins of New Orleans, LA; Ginger Collins and Ron Clarke of Biloxi, MS; Glenn and Susan Collins of Biloxi, MS, and daughter-in-law Jackie (Larry) of Arkansas. She is also survived by her sister Audrey, brother Raymond, sisters-in-law Rosemary and Lucille Collins. She also leaves behind many cousins, nieces, and nephews. Rose was especially proud of her grandchildren, Anne (Balderston), Jennifer (Kotar), Christy (LeBatard), Kimberly (Pevey), Lydia, Lillian, Jed, Jerin, Jonathan, Sam Collie, Eli; and her twelve great grandchildren, Jacob, Jared, Justin, William, Wesley, Gracie, Claire, Parker, Vivian, Everett, Jude, and Ada. She became Grandma Rose to her step grandchildren: Daniel, Jonathan, Christina, (Ben), Tiffany (P-Nut), and Bubba; and step great grandchildren: Taryn, Tyler, Tristan, Emme, Finley, Grace, Brooks, and JJ. The family would like to express their heartfelt appreciation to Rose’s caretakers: Addie, Jen and Elizabeth for the loving patience and kindness, Nurse Angie and all the staff at Notre Dame Hospice. Visitation with the family will be on Thursday, September 23rd at Nativity B.V.M. Cathedral, Biloxi from 9:30 to 11:00 AM followed immediately by a funeral Mass. A celebration of life will be held in the parish hall behind the church after interment. Bradford-O'Keefe Funeral Home on Howard Avenue in Biloxi is honored to serve the Collins family.
To order memorial trees or send flowers to the family in memory of Rose Marie Chauvin Collins, please visit our flower store.
Send a Sympathy Card