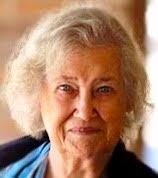 Ruth Chamberlain Wallace, 89 passed away Thursday, July 14 in Gulfport, MS. She was a native of Lilbourn, MO and was a resident of the MS Gulf Coast since 1991.

The graveside service will be held Friday, July 22, 2022 at 10:00 A.M. at Floral Hills Memorial Gardens in Gulfport, MS Bradford-O’Keefe Funeral Home, 15th Street, Gulfport, MS is honored to serve the Wallace family. View and sign the online tribute at www.bokfh.com

To order memorial trees or send flowers to the family in memory of Ruth Chamberlain Wallace, please visit our flower store.

Services will be held at Floral Hills Memorial Gardens at the mausoleum .