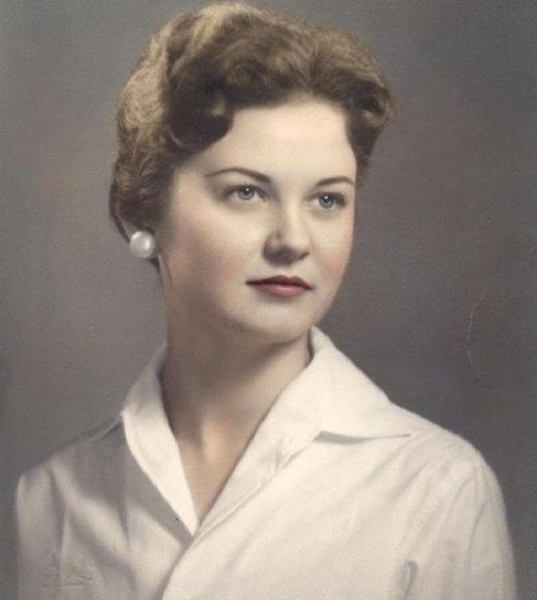 Sandra Fortson Jenkins, 81, passed away after a courageous 6-year battle with ovarian cancer at her home on February 25, 2022. Sandra was born as a blessing from God in Elberton County, GA on February 11, 1941, and later moved with her parents to Marietta, GA. In 1951, at the age of 10, Sandra was awarded the Rotary Club 100-yard dash championship for both boys and girls for the entire city of Marietta. She graduated from Marietta High School in 1959.  She met her husband, Milton LeRoy Jenkins, from Philadelphia, MS, in the summer of 1959, while he was assigned to Dobbins Air Force Base, Marietta. They were married in 1960, and two weeks later Milton was deployed to an Air Force Radar Station in Kotzebue, Alaska for a year of remote service. During this year, she continued her college education at Tift College in Forsythe, GA, gaining an Associate degree in Business Administration. She and her husband then moved to Biloxi, MS where he was assigned to work at Keesler Air Force Base. Sandra additionally served with her husband and family through USAF assignments in West Germany, The Philippines, South Korea, and North Carolina. While in The Philippines and South Korea, she and her husband worked with their church denomination’s missionaries. She gave her life to Christ Jesus in the Philippines and was baptized there at Clark Field Baptist Church.

In 1965, Sandra and her husband bought a home in Ocean Springs where she nurtured her 3 children who went on to become professionals in engineering and medicine. She has been a member of the First Baptist Church of Ocean Springs since 1965, serving there at various times as Sunday School outreach leader and teacher. Sandra spent her early professional career working as the First Baptist Church Secretary. She later worked as the Deputy City Clerk and ultimately the City Clerk of Ocean Springs where she joked that she enjoyed paying all the police officers their salary. During her time as City Clerk, she implemented the city’s first computerized automation of tax and water revenue processes. She earned her Human Resources Management Bachelor of Science college degree from Pacific Western University in 1995. She went on to serve as State President of the Mississippi Municipal Clerks and Collectors Association. Sandra was also a loving and adored Mother, outstanding cook, swift typist, and skilled seamstress. She was proud to be part Cherokee and part Creek Indian. She loved Chihuahuas.

Visitation will be Sunday, February 27, 2022, from 2:00 PM until 3:00 PM at the 911 Porter Avenue, Ocean Springs, MS, Bradford-O’Keefe Funeral Home, with service to follow at 3:00 PM with Rev. (Dr.) Michael Barnett officiating.  A procession to burial will follow to Evergreen Cemetery, Ocean Springs.

In lieu of flowers, the family requests that donations be made to the Ovarian Cancer Research Alliance - https://ocrahope.org/get-involved/ways-to-give/ in honor of Sandra Jenkins.

Bradford-O’Keefe Funeral Homes is honored to serve the family of Sandra Fortson Jenkins.

To order memorial trees or send flowers to the family in memory of Sandra Fortson Jenkins, please visit our flower store.