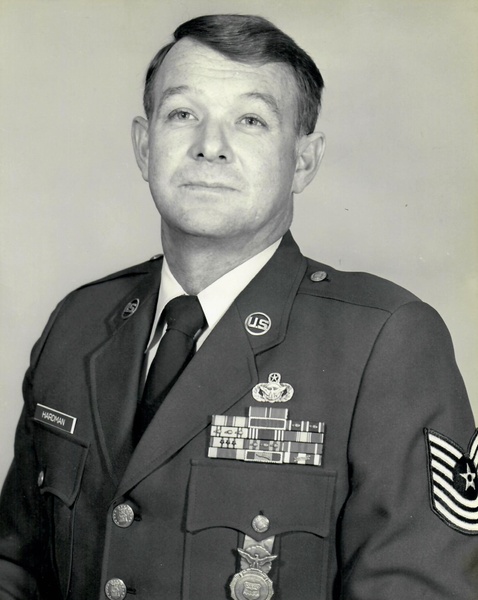 Russ was born and raised in Utah. He loved the Mississippi Gulf Coast and spent the last 38 years of his life in Biloxi. Russ entered the USAF at age 17 serving his country for 28 years in locations that included France, Vietnam, Korea, Japan, Italy, North Dakota, Arizona, California, Illinois, and Mississippi. Throughout his Air Force career, he received numerous awards and decorations including the Bronze Star, Meritorious Service Medal, AF Commendation Medal with one device, AF Achievement Medal, Presidential Unit Citation, Republic of Vietnam Campaign Medal with three devices, Republic of Vietnam Gallantry Cross with Palm device, AF Outstanding Unit Award with four devices, Small Arms Expert Rifle Ribbon with one device and many others. Positions during his AF career include Military Working Dog Kennel Master, Law Enforcement and Corrections Supervisor, and Security Supervisor and Superintendent. While on active duty he earned a BS degree from the University of Maryland. After retiring from the Air Force, Russ worked at Stennis Space Center and was a long-haul driver for Werner Enterprises. His happy place was his Coast home where he designed and built a large workshop and greenhouse. His joy was helping and giving to others, carpentry, growing things, fixing computers, reading, watching TV, and spending time with his wife and dogs. From his early part-time job as a projectionist, he loved movies and was an avid Sci-Fi fan. Favorites were Star Trek and Dr. Who.

Memorial donations may be made to Smile Train, Humane Society, or Bay Vista Baptist Church. The family would like to thank the Keesler AFB ER, ICU, and Medical/Surgical staff for their outstanding care and support.

A Celebration of Life service will be held at 11:00 AM on Thursday, April 28, 2022, at the Bay Vista Baptist Church. Friends may visit an hour prior. Interment will occur on a later date at Biloxi National Cemetery.

To order memorial trees or send flowers to the family in memory of SMSgt Hardman, please visit our flower store.