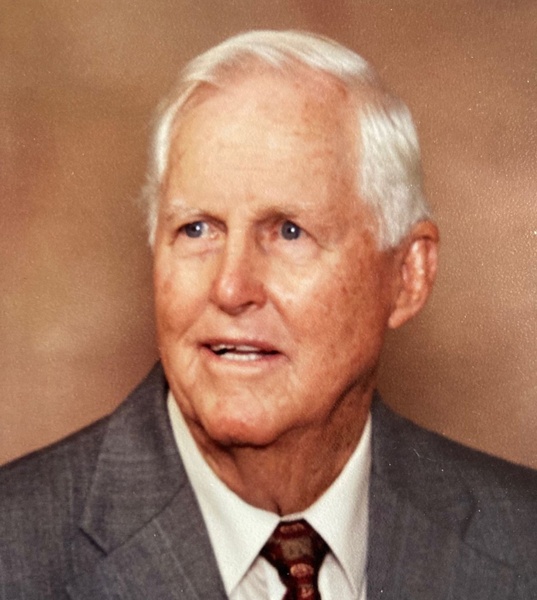 Stanley Adrian Cruthirds passed away in Slidell, Louisiana, on Thursday, January 13, at the age of 96. A native of the Mississippi Coast, he lived much of his life in LaPlace, Louisiana.

Stanley is joining his beloved wife, Mildred, of 73 years who passed away in 2019. He is survived by his sister Irma Jean Arceneaux, and four sisters-in-law, Margaret, Elaine, Daisy Lee, and Sheila. He was the beloved father of three surviving children: Joseph, Jan Stein, and Linda “Cookie” Zimmerman. The eldest son, Michael, passed away in 2010 and another son, Richard, passed away in 2020. Stanley was the loving patriarch of a large extended family that included nine grandchildren, eight great-grandchildren, nine great-great-grandchildren, and all of the spouses who entered the clan through marriage.
Stanley was a WWII vet who drove a landing craft in six Pacific invasions. At the end of his service, he started a family and went to school on the G.I. Bill. Stan worked for seven years as an assistant county agent, and later taught science, math, and agriculture at Leon Godchaux High School in LaPlace.
Stan loved to be on the water – fishing, crabbing or just sailing. He built a camp on the Biloxi River, which was a hub of activity for his extended family and his many friends. He enjoyed cooking oysters on the grill for a crowd or hosting a luau spread. He loved parties and he loved to dance. After retiring, Stan and Mildred spent time traveling in their RV. He learned to snow ski in his fifties and picked up a couple of awards in local competitions.
Stan was a man of great integrity. He made friends easily and believed it was important to participate in one’s community. He lavishly loved his family, the outdoors, and LSU. He will be sorely missed.
A memorial service for Stanley will be held at 10AM on Monday, January 31, at Aldersgate United Methodist Church, 360 Robert Blvd, Slidell, LA. Those who are not vaccinated can watch the service on Facebook at https://www.facebook.com/sharethelife.org or on the Aldersgate YouTube Channel: youtube.com/c/AldersgateSlidell. A visitation will follow the service at 11:00. In lieu of flowers, donations may be made to Coalville United Methodist Church, 12298 Shorecrest Rd, Biloxi, MS 39532, or to Aldersgate United Methodist Church at the address above. Bradford-O’Keefe Funeral Home, 15th Street, Gulfport, MS is honored to serve the Cruthirds family.

To order memorial trees or send flowers to the family in memory of Stanley Adrian Cruthirds, please visit our flower store.
Send a Sympathy Card