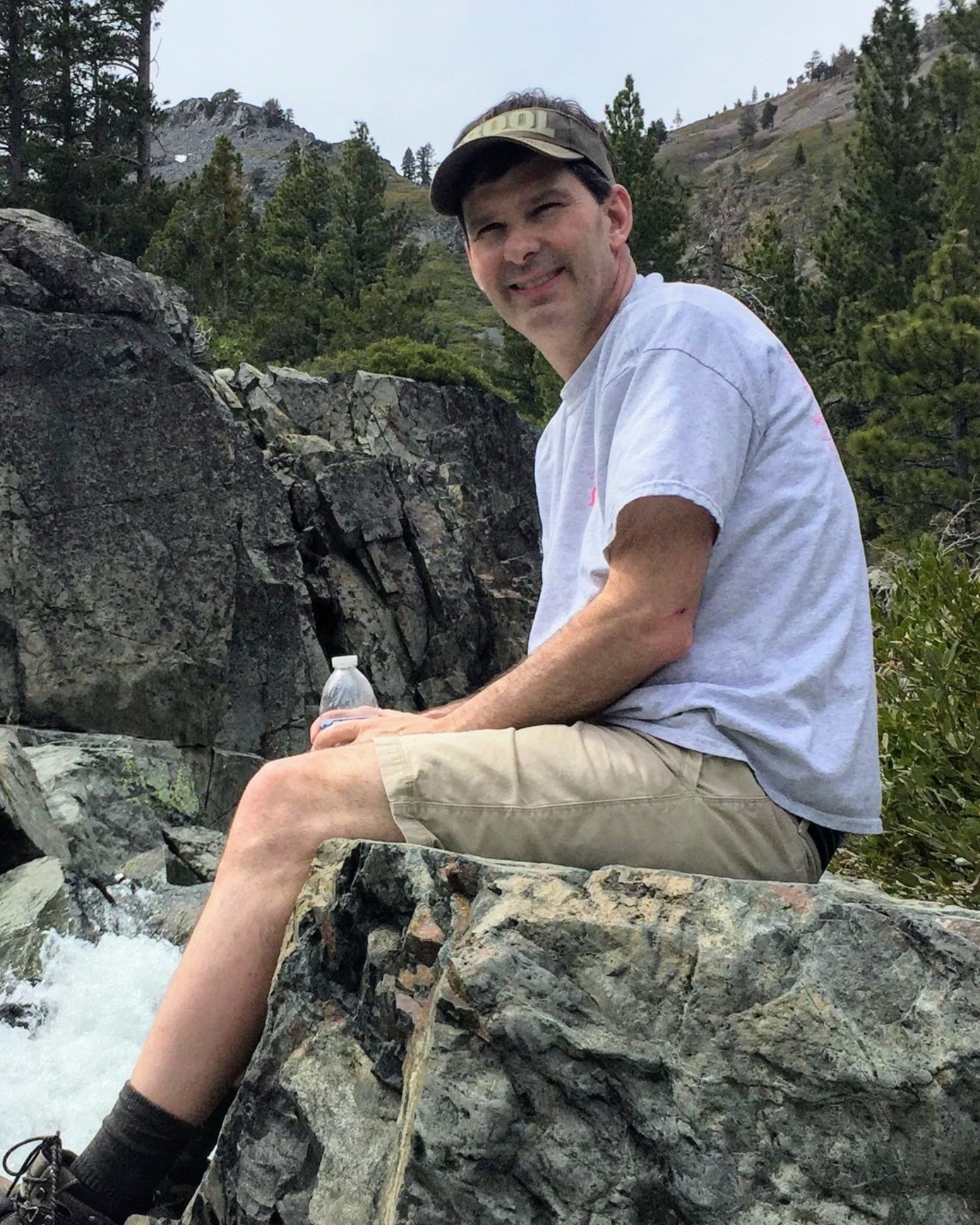 Steve was born on November 5, 1968, in Rome, Georgia and grew up in Albany, Georgia. He graduated from Westover High School in Albany in 1987 and the University of Alabama in 1992 where he was a member of Pi Kappa Alpha fraternity. He married his high school sweetheart, Katherine “Kathy” Gillespie in 1992 and they had two precious girls, Raines, 24, of Boston, Massachusetts and Ridley, 20, student at Tulane University.

After numerous summer road trips traveling the United States, Steve and his family decided to move out west in 2015. They lived in Missoula, Montana and South Lake Tahoe, California before moving back south to Ocean Springs in February of 2022.  Steve was a huge Alabama fan who enjoyed hiking, golf, gambling, traveling, and fine dining. He loved visiting local breweries and restaurants wherever he went. He was a lifelong learner and always had fun facts to share.

Donations can be made to the American Cancer Society.

Arrangements are being planned to take place in Albany, Georgia at a later date.

Bradford-O'Keefe Funeral Home is honored to serve the family and friends of Stephen "Steve" Ashley Baker.

To order memorial trees or send flowers to the family in memory of Stephen Ashley "Steve" Baker, please visit our flower store.