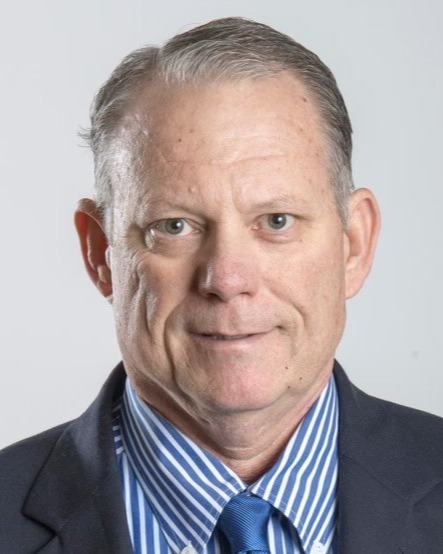 He was born March 11, 1961 in Pascagoula to Percy and Kathryn “Kay” Miller. He graduated from Ocean Springs High School in 1979 and attended Millsaps College and the University of Mississippi. He was a member of St. Paul United Methodist Church in Ocean Springs.

While attending Ocean Springs High School, Thomas was inducted into the Hall of Fame. He played center on three Gulf Coast Conference championship teams, earning All-Conference honors, under the leadership of legendary Coach Hugh Pepper. While attending Millsaps College, Thomas pledged Kappa Sigma Fraternity and played football for the Majors from 1979- 1980. He transferred to Ole Miss where he was an officer of Kappa Sigma. Thomas returned to Ocean Spring after college, where his professional career was centered around Health Care Administration.

Thomas, known affectionately as “Big T” to his family and friends, loved Ocean Springs and would never pass up an opportunity to hop on his golf cart and ride around town. He loved his family more than anything and was most proud to be a husband and father. He especially enjoyed spending time doing fun things with his family and friends, playing golf, and discussing all that is wrong with the world. He held the Inaugural Big T Invitational Golf Tournament in May of 2022, raising money for the Heart and Lung Transplant ICU at the University of Alabama at Birmingham Hospital. Thomas was a past President of the Ocean Springs Athletic Foundation and was instrumental in raising money to fund the artificial turf at Hugh Pepper Field at Greyhound Stadium.

His passion for football and officiating the game was second to none. He began officiating high school football games in the late 1980’s and was a member of the Inaugural Sun Belt Conference officiating staff in 2001. Also, he officiated several bowl games including the Liberty Bowl and Champs Sports Bowl. Thomas served as the Assigner for the Mississippi Association of the Community College Conference since 2012 and shared his gift of mentoring to countless officials to help them move on to the next level in officiating. During football season, he could be found glued to the television watching his favorite teams, especially the Ole Miss Rebels. Thomas enjoyed creating his podcast “Miller Time with Big T” with his son Blake, where he focused on topics such as sports and a potpourri of other subjects.

Thomas was preceded in death by his parents.

The Miller Family would like to express their gratitude to the medical staff and support teams at South Mississippi Heart Center and UAB Hospital. They would also like to offer their sincere appreciation and thanks to Jodi Morrow, his home care health nurse, for her amazing care and kindness.

In lieu of flowers, the family ask that donations in his memory be made to the Ocean Springs Athletic Foundation, OSSD Athletics Office, 2730 Bienville Blvd., Ocean Springs, MS 39564, or to the Heart and Lung Transplant ICU, to the attention of Whitney A. Williams, AB 933 1720 2nd Avenue South, Birmingham, AL 35294-0109.