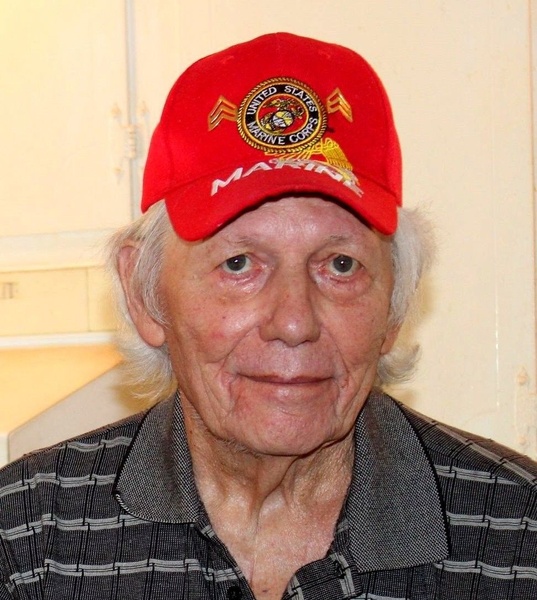 Virgil was born in Quitman, MS. and a long-time resident of Saucier, MS. At the age of 17, he joined the United States Marine Corps as he proudly served his country. He was a Veteran of the Korean War. He was awarded a Purple Heart for his duty and courage in the USMC. “Tom” spent his whole life dedicated to the Marine Corps, proud of everything it stands for. “Once a Marine, ALWAYS a Marine”. Semper Fi till the end.

Bluegrass music was a lifelong passion of Mr. Goree’s. He was an extremely talented Luthier, where he taught himself how to create by hand beautifully crafted stringed instruments; such as the banjo, guitar, fiddles and mandolins. His workmanship was of superior quality and had an amazing skill like no other. There wasn’t a bluegrass festival around that Tom didn’t go to. Bluegrass music fed his soul. Always quick to tap his foot at the first pluck of a banjo string. His other passion was building and flying RC model airplanes. He built several airplanes and spent countless hours soaring those wonderful planes through the beautiful skies.

Mr. Goree is survived by 3 children: Mary Fitzgerald, Karen Diane Marton, and Mark Goree; as well as the step-father to Tina Keller, Debra Spell, Eddie Meyer, and Tishebra Crump; sisters Elaine Stout, Betty Milstead, Mary Ann Lowe and Bobbie Fay Northcut. He was unmarried at the time of his death.

All arrangements were made by Bradford O’Keefe Funeral Home. (15452 O’Neal Rd. Gulfport, MS 39503) Tom’s final resting spot is in the Biloxi MS National Cemetery (400 Veterans Ave. Biloxi, MS 39531) amongst the other courageous individuals who were in the armed forces. He is honored within the Columbarium Niche. In Tom’s final words: Ooh-Rah!!

To order memorial trees or send flowers to the family in memory of Virgil "Tom" Goree, please visit our flower store.