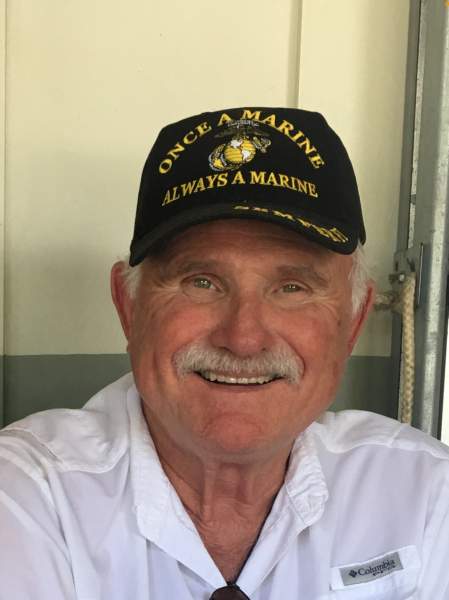 He was a lifelong resident of Ocean Springs, born on February 4th, 1941. He attended Ocean Springs High School and completed Criminal Justice courses at LSU.

The youngest of nine brothers and sisters, Wayne’s life took him from his early days of working at Gulf Hills Dude Ranch where he helped a young Elvis Presley learn to ride a horse to four years in the U.S. Marine Corps. He later became a MS Highway Patrolman, as well as an instructor at the academy. Then, he later landed his final dream job as a U.S. Deputy Marshal where he was a commander and founding member of their special operations group.

Wayne believed in speaking his mind, so if you asked him a question, he would give you a straight answer; however, behind that tough exterior was a soft heart that allowed him to love his family and friends to the fullest. His sentimental nature would often get the best of him at family gatherings to the point where he would be unable to speak. This was not a fault by any means and only endeared him even more to those who loved him the most. He was a cowboy, United States Marine, a MS Highway Patrolman, a U.S. Deputy Marshal, but most of all, a loving father and husband.

A service will be held on Thursday, July 28th, 2022 at Bradford O’Keefe Funeral Home in Ocean Springs, MS with visitation from 2:00 PM to 4:00 PM and a eulogy immediately following. The family wishes to hold a private interment of ashes at a later date at Crestlawn Memorial Cemetery in Ocean Springs.

In lieu of flowers, donations may be made in his name to the OS Elks Lodge Scholarship Fund or the Elks Annual Junior Fishing Rodeo for Children.

Bradford-O’Keefe Funeral Home is honored to serve the family of Wayne Allison McMurtray.

To order memorial trees or send flowers to the family in memory of Wayne "Mac" Allison McMurtray, please visit our flower store.