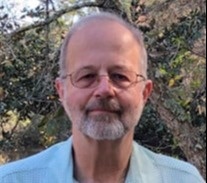 William Cowart Richards, Sr. was born on July 21, 1956, at New Biloxi Hospital, in Biloxi Mississippi, to Benjamin Ammon Richards III and Norma Agnes Fayard, the fourth of 5 children. His first job was working at one of the Gulf Coast's first, and now historic, McDonald’s at age 15 to provide for his younger brother and sister after their father's incapacitating stroke. He had no car at the time so he would walk to work.

Those first hard but happy years led to the building of a tremendous, now rarely seen, work ethic. After graduating from Biloxi High School in 1975, he worked for Delchamps, a regional grocery store chain, while attending the local junior college. He next attended the University of Southern Mississippi, where he graduated in 1979, with a B.S. in Business Administration. He finished his Master’s Degree in Computer Science at LSU. His first professional job was in the accounting department at Mississippi Power in Biloxi, MS, where he remained until 1988, when he relocated to Arlington, Texas, and became an IT systems specialist at Northrup Grumman.

While in Texas he discovered a love for introducing young people to the joys of camping and outdoorsmanship. He became a den leader of Cub Scout troop 491 and later the Troop Master of Boy Scout troop 340, both of which included his two eldest sons.

In 1996, a job opening at the then Milledgeville site of Northrup Grumman facilitated moving his family to Gray GA, where William built their house literally from the foundation up. This was accomplished while working full-time and living in a trailer parked in front of the house construction site. In 2002 he moved to Milledgeville Ga., where he became involved in Boy Scout Troop 87, with his youngest son and future stepsons. William loved camping, making numerous trips both with the Boy Scouts and his family to many local and distant places.

William was a driven, conscientious worker, always going above and beyond what was asked of him. As a software engineer, he was a programmer extraordinaire, building systems in the aerospace industry for accounting, manufacturing, and defense. He made software systems that ran both efficiently and reliably. He learned to program in Fortran and Cobol, writing software for accounting systems, but as the computer industry grew, he learned and mastered numerous computer languages, building applications across many different platforms. His accumulated level of knowledge and experience made him an invaluable asset to his company, employers, and colleagues.

William found love and happiness when he met his wife, Vickie, in Milledgeville. Neither of them knew what the term “soulmate” was before their hearts connected. Married for 12 years, both would say these were the happiest years of their lives. William and Vickie loved doing ordinary things together, as well as traveling. They square danced with the Oconee River Buskers for 10 years. Vickie became a Sci-Fi fan with William, and William accompanied Vickie to her many scrapbook workshops. Traveling took them across country from Alaska to the redwood forests of California, the coast of Oregon, to Ft. Worth, Texas, Biloxi, Mississippi, New Orleans, and the Gulf Coast. They enjoyed cruising, and visiting Florida from Key West to Jacksonville Beach. True Disney lovers, they were frequent visitors to Orlando. They traveled all over Georgia from the mountains to the coast. But there was no place like home and they loved just cuddling and watching Sci-Fi or RomComs on Netflix.

William was loved by many and will be missed by all. Say hello to Bandit and Sid as you cross that Rainbow Bridge to heaven.

A visitation will be held at 1 PM on Tuesday, August 2, 2022 at the Howard Avenue Chapel of Bradford-O'Keefe Funeral Home. Interment will be at Coalville Cemetery. A reception will follow at Coalville Church.

Bradford-O’Keefe Funeral Home on Howard Avenue in Biloxi is honored to serve the family of William Cowart Richards, Sr.

To order memorial trees or send flowers to the family in memory of William Cowart Richards, Sr., please visit our flower store.